life around the burning ghat

Reportage on the wood-choppers in Benares

The eternal fire of Shiva has been burning for 2500 years in the city of Varanasi.

millions of hindus end their lives in this sacred place.

The city is witness to traditions and rituals that have remained almost ummutable for thousands of years, especially as far as death is concerned.

In spite of this, the place is bursting with life:

At the center of all this is the burning gath or crematorium, and around it we can see a multitude of souls, who give life to the place 24 a day, the 365 days of the year.

Above all we can observe the wood choppers, skinny and barefoot, yet proud of their trade, which doesn’t  seem to have changed that much in centuries, and never rests.

The first flame is taken from the eternal fire…people call it the fire of Shiva but is in reality of Parvati (his spouse), that was her funeral pyre and has been burning ever since, according to the legend.

Death is presented in a very natural way, and people relate to it very directly; the dead’s family literally burn their loved ones.

Behind the crematorium there’s a building where you can see people, mostly poor and with no relatives, await their death in such place, and their dream of being cremated there is usually fulfilled through donations by the people. 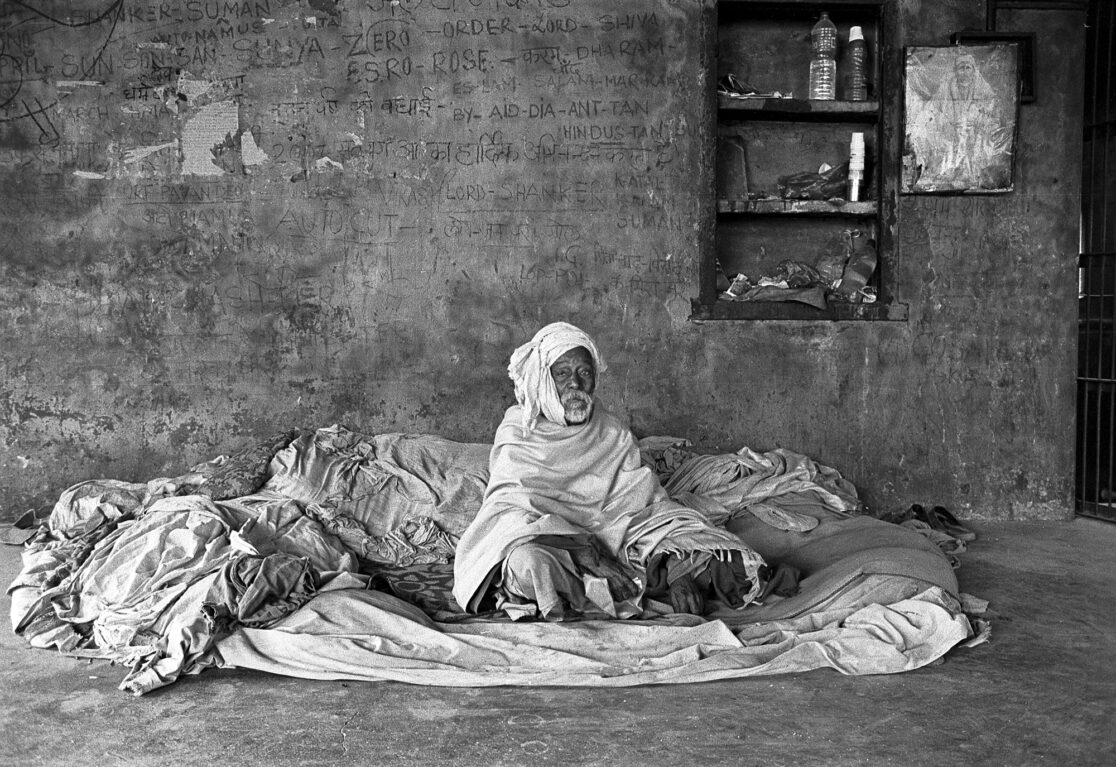