Portrait of a muay thai street gym in Bangkok

A mixture of gentleness and violence characterizes the thai people and their culture’ poet Montri Umavijani wrote, and Muay Thai or Thai Boxing is a clear example of it. In the temple/school even the youngest of children are trained in personal defense and boxing skills; military training is the norm in Thailand. Soldiers were already using Muay Borán, a martial art forerunner of Muay Thai, in times of the kingdom of Siam, resorting to it when finding themselves unarmed in battle.

While in Banglamphu, a typically crowded Bangkok neighborhood filled with street vendors, I came across a most curious boxing gym, right in the middle of the street. I was captivated by it; spartan-like, almost outdoors, protected only with a canvas top, with its ring and rusty machines, walls decorated with pictures of local heroes and trophies, and even an improvised bed, since one of the coaches actually lives there. I decided to frequent the place, which I did almost on a daily basis, as a means to shoot some pics and learn a bit more about Muay Thai. I gradually became aware of the harshness of the training a boxer has to undergo.

Theirs is a highly demanding routine that starts at sunrise and knows no days off, especially on the eve of a fight. 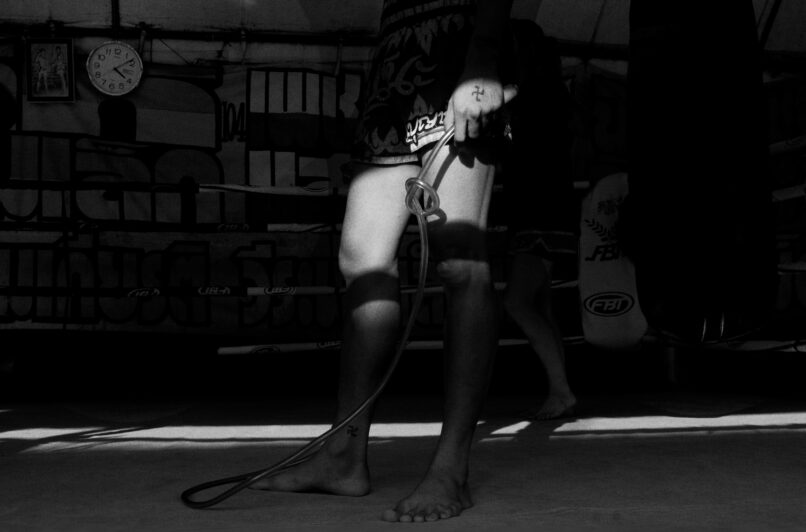 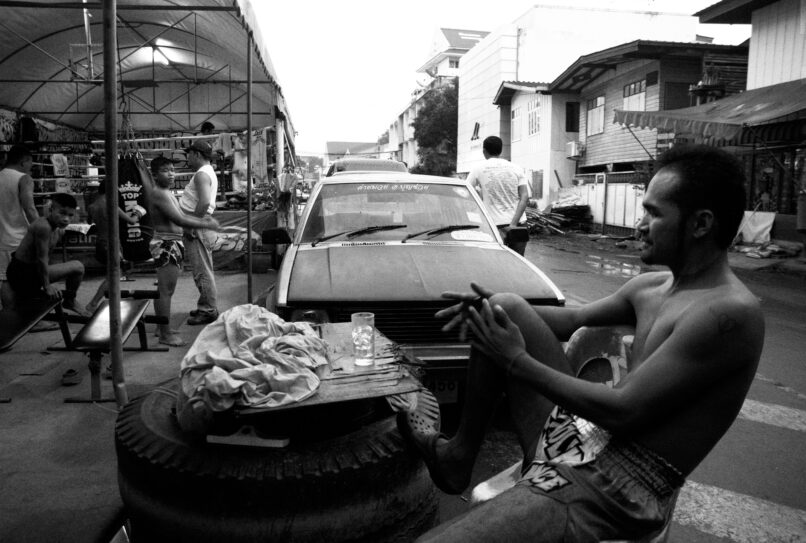 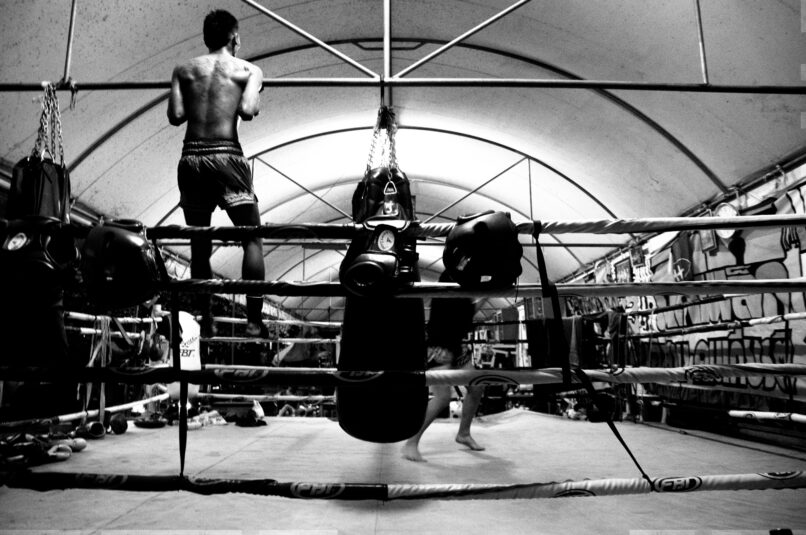